Arnab Goswami has been arrested by the Mumbai Police in connection to a case of 2018 of abetment to suicide of interior designer, Anvay Naik and his mother, Kumud Naik.

In 2018 it was alleged that Naik had died by suicide after the non-payment of dues by the Republic TV to Naik, and the police have now re-opened the case, in connection to which Arnab has been arrested.

The Re-investigation of abetment to suicide case was ordered by Maharashtra’s Home Minister.

Arnab Goswami has been taken to Alibaug Police Station and will be produced before the magistrate.

Meanwhile, the Republic TV Claim that Arnab had been manhandled by the police at his residence and also said his two sons were beaten by the police.

Republic TV issued a statement on Twitter condemning the Mumbai Police and calling it a murderous assault on freedom of the press. 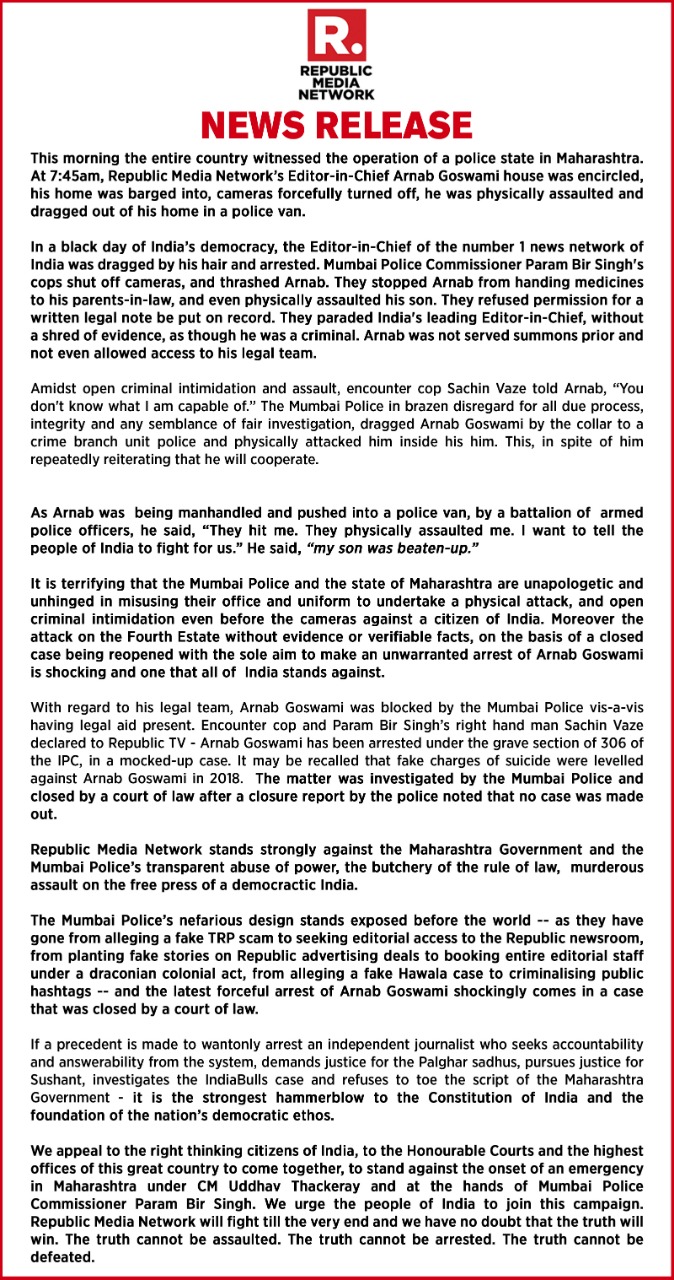